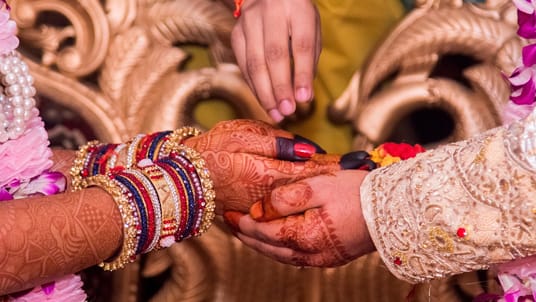 An Indian Wedding: What to Expect

Indian weddings are massive, full of pomp and color, and food. In the past, the groom’s family would travel to where the bride’s family lived, and celebrations could last for as long as seven days. Today, Indian wedding ceremonies last for about three days, but most of the traditions and ceremonies are still observed. They are still huge social events with lots of people, music, and food. This post gives you insights on what to expect in one.

The wedding ceremony kicks off by observing two ceremonies; Haldi, and Mehndi. During the Haldi Ceremony, close friends and family take turns to rub a mixture of turmeric, water, and oil on the bride and groom’s face, hands, arms, and feet. This paste is believed to have purifying and healing properties, thus cleansing the bride and groom. Turmeric is also used for cosmetic purposes. Normally, they wear yellow outfits as the paste is rather messy. The ceremony is accompanied by lots of songs, dance, and merry-making.

The Haldi Ceremony is closely followed by Mehndi. In this ceremony, the bride and her friends have a professional paint their hands and feet with henna. As is expected, the bride receives special treatment as the darker her henna will be, the deeper the love the groom has for her.

On the wedding day, the groom along with his procession, which is referred to as the Baraat or Jaan, get to the venue in style. In the past, the groom used to arrive on a horse. Today they can choose to use a horse or a car.

The bride’s parents welcome him by dabbing his forehead with vermillion powder and reciting a prayer. The groom proceeds to sit on the mandap, which is a kind of an altar. He is expected to take off his shoes before he gets seated. The bride is preceded by her bridesmaids, flower girls, and ring bearer is they choose to exchange rings. Normally, the bride is escorted by the oldest male relative.

While the particulars and traditions observed in an Indian wedding ceremony vary, there are a few which are quite common. One of them is the Jai mala, where the bride and groom put flower garlands around each other’s necks before the bride sits.

The ceremony is led by a pandit (priest). The bride and groom’s parents take their seats on the mandap. A knot is tied between the bride’s sari and the groom’s scarf by a close relative from the groom’s side as the pandit chants verses. They proceed to observe a ceremonious walk around the fire, which is known as mangalphera. After the mangalphera, the couple is legally married.

The groom adorns his wife with mangal sultra, which is a black and gold beaded necklace. He also places kum kum powder or sindoor on her forehead. If they had decided on incorporating the exchange of rings, this is where they do it.

Once the marriage is officially declared, it’s time to celebrate. The reception could either take place on the same day of the wedding or the following evening. If it takes place on the following evening, both sides of the family meet during the day, and the groom’s family accepts and acknowledges the bride as one of them. They present a meal and a new sari as a gesture that they will support and meet her basic needs.

An Indian wedding event might seem overwhelming. Today, most Indian customs and rituals have been adapted to integrate western traditions, especially if it is a multicultural wedding. Keep in mind that customs might change depending on the family’s traditions, religion, and beliefs.