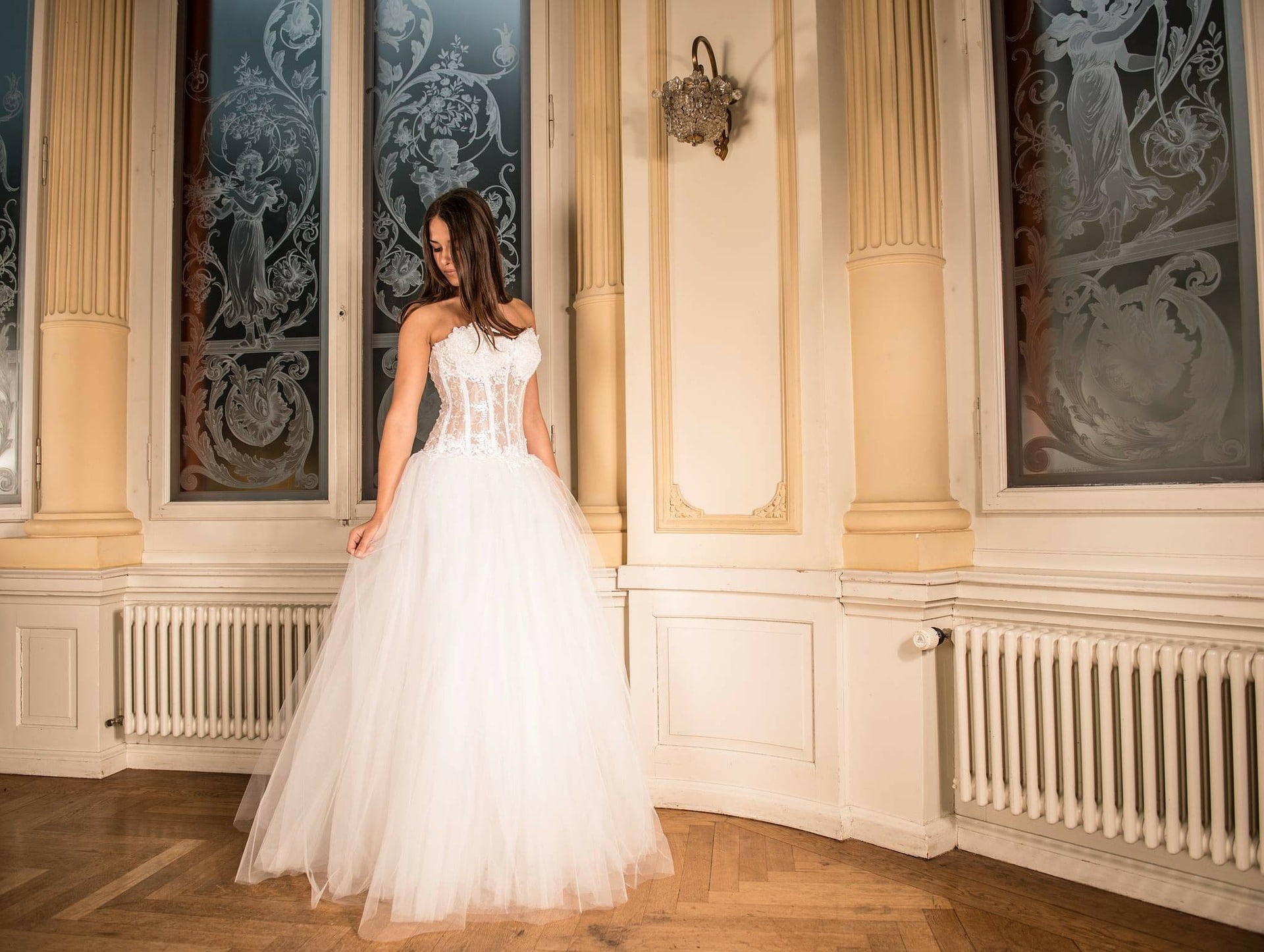 The History of the White Wedding Dress

Few clothing items have an entire subsection of the fashion industry dedicated to them but that is true of the wedding dress. Every year, the catwalk is decorated with the latest trends in wedding dresses that become the coveted garments of brides-to-be around the world. Fashion designers are constantly reimagining this traditional garment in fresh colors and styles, but one color always rises above the rest and that is the white wedding dress.

So why is that the white wedding dress has been a staple of fashion for centuries when other trends have long come and gone? As it turns out, there is a lengthy history behind it. Keep reading for more information.

Where it All Started

Before the introduction of the white wedding dress, it was typical for royalty (and anyone who could afford it) to don dresses featuring gold embroidery, fur, and deeply saturated colors meant to represent the wealth and prosperity of the person wearing it. When Queen Victoria chose a white wedding dress, she did so because it was trimmed with lace from a tiny village called Beer, in an attempt to support the local makers’ fabulous works and boost their declining lace-making industry. Her dress was talked about for ages to come and led to a feature in Godey’s Lady’s Book that claimed the color white was the best wedding dress color as it represented innocence, purity, and an unsullied heart.

The white wedding dress trend did not take off because of its purity symbolism, it did so because it was a strong representation of the wearer’s wealth. It was common during this time for women to get married in dresses they owned already and left the onetime-use white dresses to the well-to-do. Indeed, only the richest people of the time could afford anything white as the maintenance necessary to preserve it was far beyond the means of the average person.

European elites began sporting the white wedding dress trend fairly frequently after Queen Victoria’s marriage, but it was until after World War II that the trend took hold in the United States. Because of the economic boom caused by the war, the middle class now had the wealth to afford to copy the elite class’s wardrobes, including white wedding dresses. Once this became a possibility, it was not long before trendsetters in Hollywood began making films featuring brides in white wedding dresses saying their vows in a picture-perfect chapel. From this increase in exposure, wearing a white wedding dress became a tradition that has proven to remain a top trend for several decades.

2000s and Beyond: The Modern Wedding Dress

In modern times, most brides in North America wear a white wedding dress, but there are always outliers. There has been a significant surge in brides who choose to wear pale hues of pink or blue on their wedding day. Some have even taken it a step further and accented their dress with a stark contrasting color, such as a black lace trim.

Many cultures around the world have either given up or never adopted the white wedding dress trend. In some Asian countries like China and India, red wedding dresses are the norm as they show success and good fortune. In Ghana, traditional wedding dresses are made from an intricate cloth pattern unique to the betrothed couple’s family.

Modern trends have always ebbed and flowed, with the wealthy class often being the original trendsetters. However, the white wedding dress trend has stuck around for nearly a century and shows no signs of letting go of its reign any time soon.